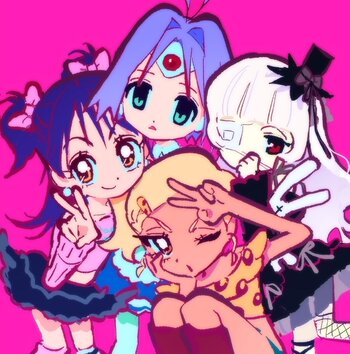 Pink Bitch Club (as it is known as a whole) is an ongoing series of mysterious videos by creator Vivinos, originally known for their cute animations before going into horror. The animation series follows four girls (Minako, Gyaruko, Charlotte, and VYT-24) through their cute and fashionable lives! And deaths, maybe.