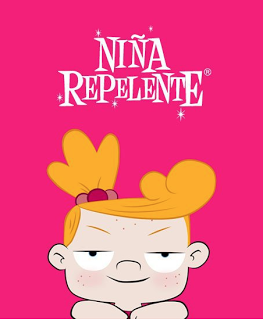 Niña Repelente was a Spanish web animation series created by the extinct Spanish animation company Impose Studios on June 2009. Like Cálico Electrónico, it became a hit on the Spanish community, but it faded away, as by the end of 2014 the company stopped making episodes of the series, ending it abruptly. The series features the life of a poor dysfunctional Andalusian family and the sociopathic tendencies of their only daughter, Margarita.