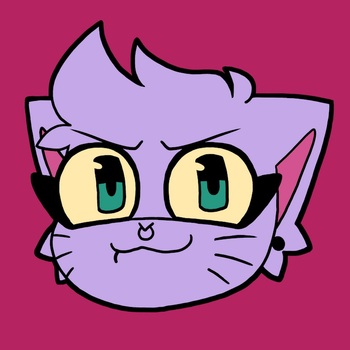 I swear I'm not a furry.
Advertisement:

Katzun (born June 27, 2000) is a Texan storytime YouTuber similar to Domics, Jaiden Animations, TheOdd1sOut, and Tabbes. Most famous for his expressive art style and detailed animation, he mainly talks about hisintroversion, experiences from school, or fandoms (including the Furry Fandom, which he is a part of), but also post other animated skits and vlogs. He has done collaborative videos with his contemporaries as well, such as TheOdd1sOut and Wolfychu. He is also openly bisexual and transmasculine (and uses he/him pronouns), and has a separate channel called Katzun's Kloset, which is dedicated to being a support group for LGBTQ+ teens.

, and his DeviantArt here