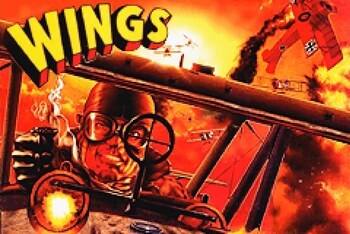 Wings is a World War I-themed Video Game for Game Boy Advance and for the Commodore Amiga. There is also a SNES game in the series called Wings 2: Aces High.

Wings is focused on the component of battles fought from the skies, and in at least the GBA version, allows you to play as an Allied OR German fighter pilot or even alternate between the two. (Playing as different characters, of course.)

The Other Wiki has an article on it here.