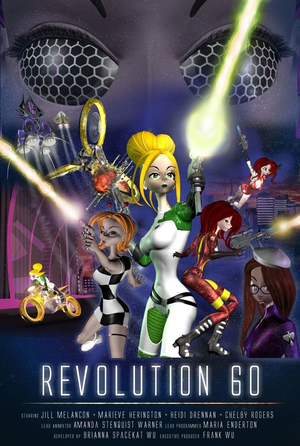 Revolution 60 is a Sci-Fi Adventure/RPG game for iOS and later PC and Mac developed and published by Giant Spacekat, in which a four-woman special forces team attempts to liberate a space station. You play as Holiday, the team's leader.

The game is largely story-based, interspersed with a real-time grid-based combat system, as well as quick-time-event sequences. There are numerous potential endings based on dialogue choices and success during the action sequences. Visually, it has a brightly colored, anime-inspired aesthetic.

A sequel, Revolution 62, has been planned... for a while now.