Video Game / Of Love And Eternity 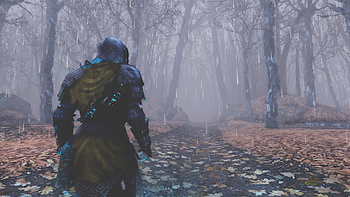 Of Love and Eternity is an upcoming survival horror adventure game created by Acorn Bringer with Unity.

The player controls an undead knight, who finds himself in purgatory after he and his lover were murdered. The knight must embark on a perilous journey to find his lost love and free both their souls.

A demo became available for download on Windows, MacOS and Linux in April 2021. The download and further information on the game's development are available here

Note: Due to the game still being in development, some of the content may be subject to change.

Tropes found in the demo include: