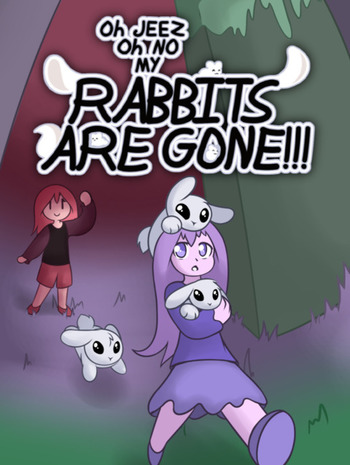 is an indie puzzle platformer, released in 2019 by Studio Nevermore. You play as the Rabbit Lady, who lives happily in her cottage with 100 pet rabbits - until last night, when they were spooked by a scary noise. Now they've scattered all over the valley, menaced by shadowy creatures, leaving you to chase them down and guide them home before dark.

Oh Jeez, Oh No, My Rabbits Are Gone contains examples of: