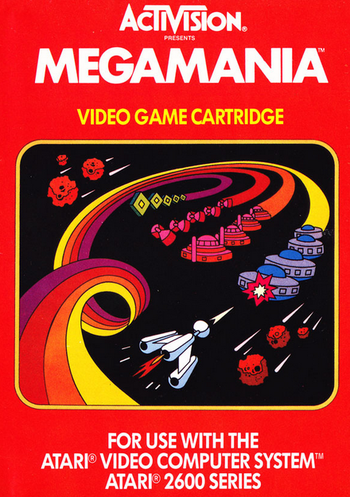 Megamania is an 1982 Atari 2600 game by Activision designed by Steve Cartwright, which was ported to the Atari 5200 and Atari 8-bit computer family by Glyn Anderson. A Star Wars-themed version of this game was released for Android by Nostalgy Games.

In this game, you control a spaceship that must fire at waves of enemies resembling hamburgers, bow ties, cookies, tires, steam irons, and tumbling dice before your energy runs out.

Has nothing to do with the Mega Man game franchise by Capcom.