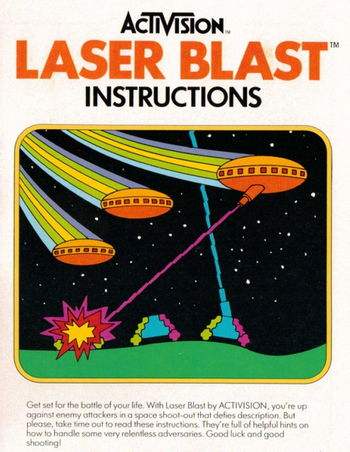 Laser Blast is an Atari 2600 game by Activision from 1981, which was programmed by David Crane, the developer of Pitfall!.
Advertisement:

In the game, you play an attack saucer craft that must destroy groups of three laser cannons on the planet's surface while evading their fire. At first the player's saucer has a wide range of mobility to evade the enemy laser fire, but as the waves progress, the mobility range gets smaller and smaller until the player can only move left or right near the top of the screen.