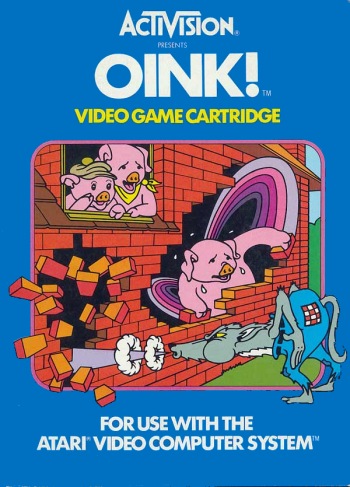 Oink! is an Atari 2600 game created by Mike Lorenzen and published by Activision in 1983.

It is essentially the video game adaptation of "The Three Little Pigs", with your goal in the game being to prevent the Big Bad Wolf from blowing enough holes in your wall in order to come after your pigs.

You are given an endless supply of bricks to do the job, but no matter how long you work at it, the Big Bad Wolf will eventually blow your house in and come after you.