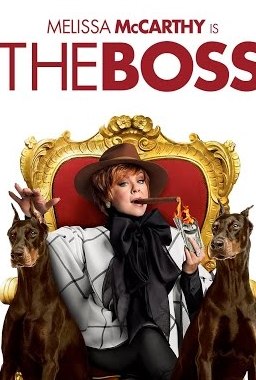 Thug Life
My name is Michelle Darnell, and I am the wealthiest woman in America. How wealthy am I? I wanted to come down on a golden phoenix and I sure as shit did it!
—Michelle Darnell
Advertisement:

Businesswoman Michelle Darnell (Melissa McCarthy) is riding high on her wealth and celebrity, until she gets convicted of insider trading and spends six months in jail. By the time of her release she has lost all her money, so she moves in with her assistant Clare (Kristen Bell) and her preteen daughter who's a member of the Dandelions, a Girl Scout-like troop in which the girls sell brownies. Soon Michelle decides to start her own brownie empire, Michelle's Darlings, in order to make her comeback and take down her enemy Helen (Annie Mumolo) in the process.

Example of:
A Minor Kidroduction