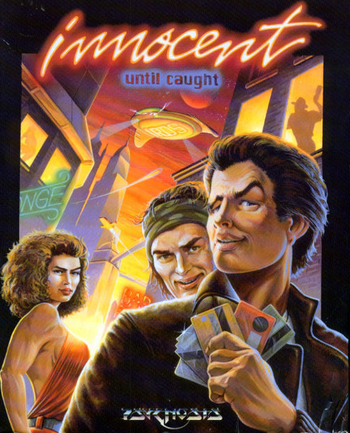 The first game takes place in a space-borne setting, in the year 2171. Jack T. Ladd is a thief, his hunting-ground is the whole galaxy, and at the moment, he's in big trouble. He's told by the IRDS (Interstellar Revenue Decimation Service) he's got 28 days to pay his taxes - or else the interstellar tax agency will hunt him down. Termination is a viable punishment for tax offenders in these days. Stranded blank on the barren, run-down planet Tayte, Jack decides that he has to make some cash.

The second game's two main characters are Agent Ysanne Andropath and Jack T. Ladd. Ysanne, who works for the Federation Police and pilots the space ship Relentless, is a tough feminist/misandrist redhead, while Jack is a notorious thief and womanizer. The game starts with Ysanne capturing Jack for his crimes, when the player gets to choose one of the characters to play the game as. The locations and evolving plot are largely the same both ways, but the player can experience two sides of the story, and will be solving different puzzles.