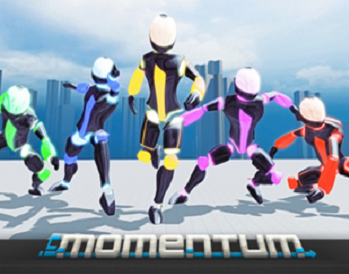 inMomentum is a minimalistic 3D Platform Game with abstract art, developed by White Rabbit Interactive and released for PC through Steam on 31st October, 2011.
Advertisement:

There, you have no real goal besides going through the levels as fast as possible, whether alone or in a Competitive Multiplayer mode.