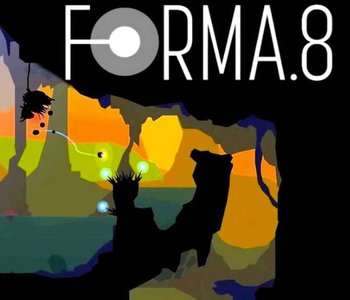 forma.8 is an exploration game / Metroidvania with limited combat that was developed by MixedBag and released on most platforms in February 2017, with a Nintendo Switch version following in August 2017.
Advertisement:

In it, the player controls a scout drone, sent to explore a strange alien planet that once had civilisation on it but now appears devoid of sentient life. The drone crashlands, yet survives, unlike every other drone, which are now present exclusively as the way of obtaining upgrades. From then on, it's up to you where and how you want to go.