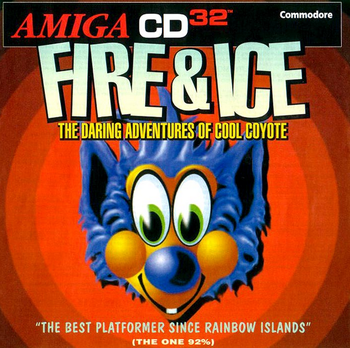 Fire and Ice: The Daring Adventures of Cool Coyote is a Platform Game released in 1992 for the Amiga and later ported to the Atari ST, MS-DOS, and the Sega Master System. It was developed by Graftgold, and the lead programmer was Andrew Braybrook of Paradroid fame.

Not to be confused with the NES puzzle-platformer Fire 'n Ice (a.k.a. Solomon's Key 2) or Sonic Boom: Fire & Ice.