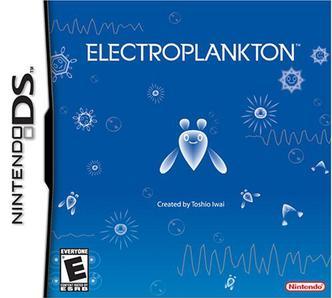 First released in Japan in 2005 for the Nintendo DS and released the year after worldwide, Electroplankton is a music game created by Toshio Iwai because of his interest in the system and its unique interface. The game has a very simple concept, where the player is able to make music by interacting with ten different species of plankton. Most of the game's material is in Performance Mode where the player is able to interact with the plankton directly. The game also features an Audience Mode in case the player just wants to set the system down to hear some music. The game notably did not include a save feature. This minimized the game's experience by eliminating menus and also made it more of an improvisational experience. In 2009 every mode in the game would get a re-release on DSiWare where each individual mode came out as a separate app. The game would also get representation in Super Smash Bros. where the Hanenbow mode was a playable stage.
Advertisement: