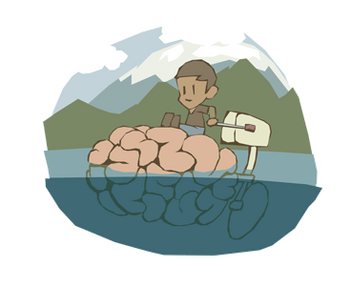 IT'S A GIGANTIC BRAIN.
Advertisement: