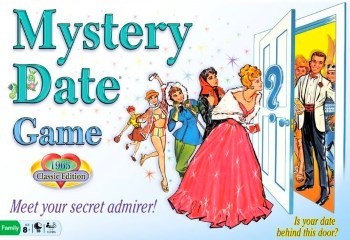 A game where the players move their pieces around the board, with the goal of completing a clothing ensemble, each for a different type of date. Players win when they have all the pieces of an outfit, and it matches the random date when the door piece is opened.

The clothing pieces are drawn from a stack of cards, while spaces on the board tell players how many cards to draw, or swap some with other players.

The game was initially released by Milton Bradley in 1965, with an update in the early 1970s. Renewed interest in The '90s got further updates, and a rerelease of the "Classic" form of the game.