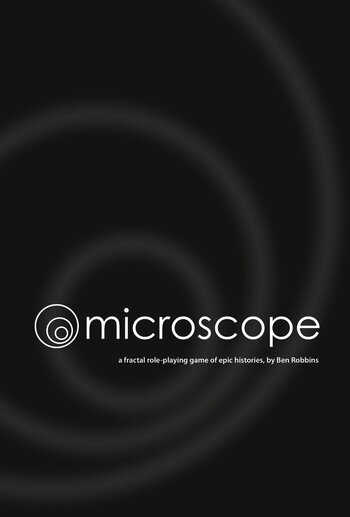 is a GM-less Worldbuilding-based tabletop roleplaying game written by Ben Robbins and published by Lame Mage Productions in 2011.
Advertisement:

The game involves a group of players collaboratively creating a timeline chronicling an epic history on a tremendous scale with near-limitless possibilities. It could be a history that mirrors our own or something completely new.

The players collaboratively create a Mythopoeia that grows organically with each turn that passes. The big picture is epic in scale, but the title of Microscope comes from how the players can zoom in on any period of their emerging history and start a scene, which they and other players participate in. The scene might inspire another historical event, or even another historical period. New parts of the timeline can be created in any order.