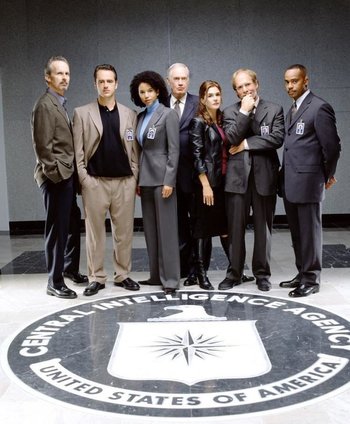 A short-lived series about inner workings of the CIA — a mix of Spy Drama, Government Procedural and office drama. The show lasted from September, 2001 to May, 2003.

9/11 had a huge impact on the show. It was nine days before the intended start of the series, an episode which involved stopping a terrorist strike masterminded by one Osama bin Laden. That episode was shuffled to later in the season, along with one involving an anthrax scare after several real-world anthrax attacks. The show was retooled, involving a major shakeup at the top of the Agency, to focus more heavily on the CIA's role in The War on Terror.