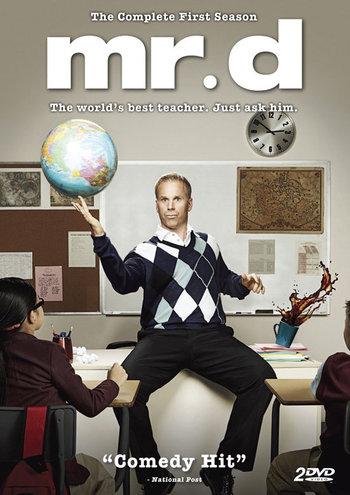 CBC Sitcom based on the stand-up comedy of Gerry Dee. He plays the title character, Gerry Duncan, a borderline-incompetent High School gym teacher pressed into teaching academic subjects as well. Primarily a Work Com focused on the teachers, but also notable for being Halifax- rather than Toronto-based and using amateur actors to play the kids, thus being one of the few teen-character-heavy English language Canadian shows not to use any of the actors listed on the Only So Many Canadian Actors page.