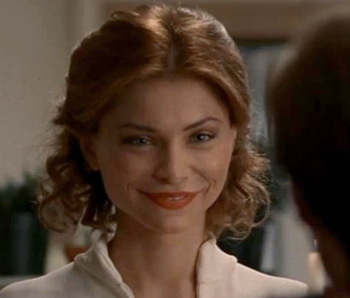 Why yes, she is "fully functional".

The Control Voice: Poets argue that you are truly alive if you possess the ability to feel and love. Scientists, on the other hand, choose to define life in terms of proteins and carbon building blocks. But what happens when these two beliefs come crashing together?

A human-like android woman (Sofia Shinas) is created to be the companion of a paraplegic scientist (William Sadler).

The Control Voice: The pursuit of technology exists to make human life easier and more pleasurable. But once such forces intrude upon the most intimate parts of our lives, will we then forfeit our very soul?