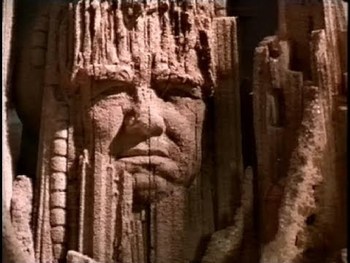 The sandkings' image of Dr. Kress.

The scientist begins to see himself as a god among the alien colony.

The Control Voice: Increasingly, modern science pursues powers traditionally reserved for the Almighty. But those who encroach upon the province of the gods realize too late that the price for entrance... is destruction.