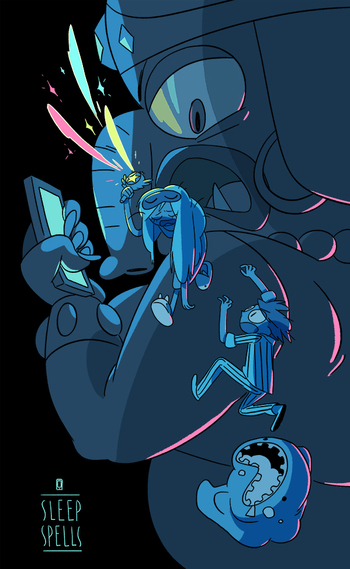 Star has been sleep walking and casting spells, which leaves loads of odd, and dangerous creations in the Diaz home. Marco decided to use therapy to figure out why she sleep spells.