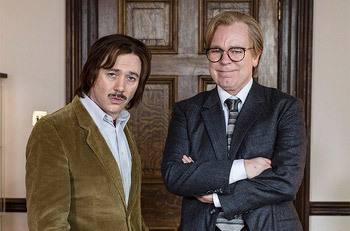 In Room 9 at the Royal Academy of Motion Picture Arts Giles Grindley-Orme hosts a panel consisting of brassy Hollywood star Paula, TV critic June, ageing ham Rupert, young producer Gordon, has-been writer Clive and member of the public Jackie to vote for the Best Actress award. Indecision soon turns to bickering until the actual award winner is named - due to somebody outside the panel.