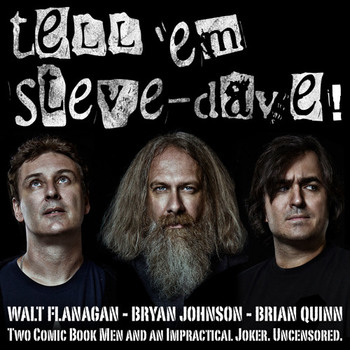 "Walt Flanagan is a shopkeeper of dubious repute.
Bryan Johnston can be found wandering his parent's basement muttering.
HERE THERE BE BICKERING!"

Tell Em Steve Dave is a podcast that broadcasts on Kevin Smith's S.I.R. network (and is available for download on Smodcast.com and iTunes) every Friday.It's a mixture of stories and arguments between Kevin Smith's longtime friends Walt Flanagan, Bryan Johnston, and Brian Quinn.