Nightmare Fuel / The Curse of the Were-Rabbit 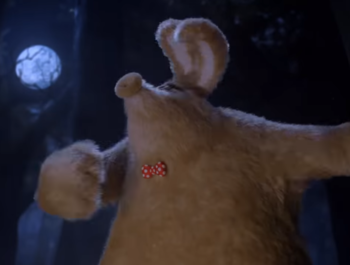 This time, the wabbit kills you.