Awesome / The Curse of the Were-Rabbit 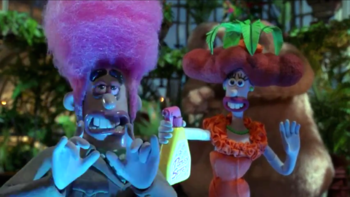