Tear Jerker / The Curse of the Were-Rabbit 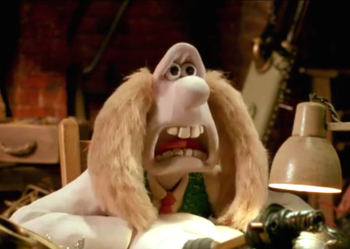 I don't WANT to be a giant rabbit!