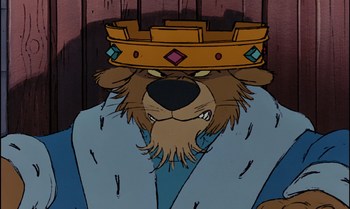 Even if he is the "Phony King of England", you do NOT want to cross him at ALL.