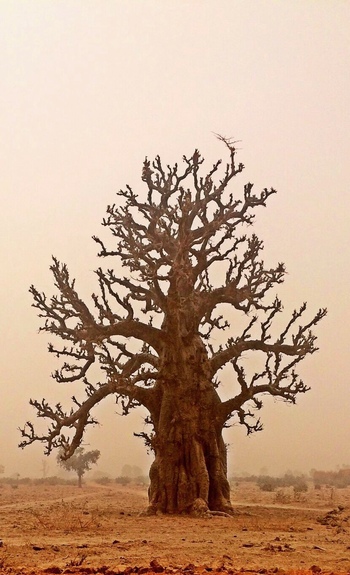 The Hausa are the single largest ethnic group in Sub-Saharan Africa. Unlike most their neighbors who speak Niger-Congo or Nilo-Saharan languages Hausa is actually an Afro-Asiatic language of the Chadic branch. Their greatest concentration is in Northern Nigeria and southern Niger. Hausa is also the most commonly spoken Sub-Saharan African language on earth. It is a trade language across much of Western Africa.

The Hausa people were historically feudal and organized into powerful rival city states defended by high walls and heavy cavalrymen. The city of Kano in particular stood out not only for its size but trade as well. European explorers believed it to house the largest individual marketplace in Africa or even the world at the time. The original religion of the Hausa is known as Bori. Islam was nominally practiced by the elites until the 18th and 19th centuries when the Fulani jihadists like Karamokho Alfa, Al-Hajji Umar Tall, and Usman Dan Fodio declared holy war across West Africa against all pagans and impure muslims. The Fulani succeeded in establishing themselves as the new ruling class in Hausaland to the point that the two ethnicities are indistinguishable in many places and almost stomping out paganism. Still, some tribes of pagan Hausas continued to persist and were called “Maguzawa” pejoratively as those who fled from Islam.

Hausa religion traditionally concerned itself with the worship of the “Isoki” or winds as they called the spirits. The line between paganism and Islam is extremely blurred even now. Pagans will give praise to Allah the most merciful and benevolent while devout muslims can insist on the existence of nature spirits while emphasizing the importance of revering them. Even the cosmology has become very blended over time.

Hausa belief is ultimately monotheistic in that one spiritual being is responsible for the creation and animation of the universe. Once upon a time this was thought to be Sarki Aljin or in other places Tsumburbura. Sarki meaning “Lord” in Hausa and Aljan “the Djinn” being an adoption from Arabic. Below this omnipotent creator god is the class of Isoki spirits divided into the Daji black bush spirits and Gona white farm spirits. Gona were associated with Islam while Daji were more closely tied to Bori. While this invention existed to emphasize the benevolence of Islamic spirits over Bori spirits the distinction was muddled on the individual. Gona could be considered Daji and vice versa depending on their immediate benefit to the believer.

Jangare was the mythical city of the Isoki. Few if any mortals have been said to return from this moving kingdom. Jangare is organized like a traditional Hausa city state. Sarkin Aljan reigns with the aid of his royal court just like a mortal king. The people of Kano viewed Sarkin Aljan as the absolute ruler while the people of Ningi and other cities saw him as a first among other equal houses. Jangare is divided into twelve houses.

Jangare means “Red City” and was known to be in the red country or “Jankasa” somewhere in the Sahara desert.

Tropes from Hausa mythology include:

the other, explaining earthquakes.