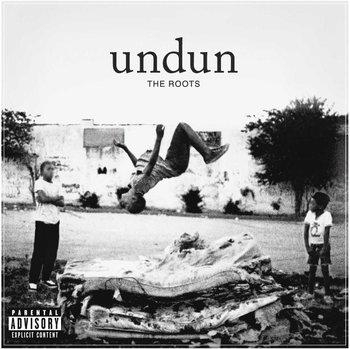 What it do is done, 'til you are dead and gone
The music played on, and told me I was meant to be awake
It’s unresolved like everything I had at stake
Illegal activity controls my black symphony
Orchestrated like it happened incidentally
Oh, there I go, from a man to a memory
Damn, I wonder if my fam will remember me
- "Sleep"

undun is the tenth studio album by American hip hop band The Roots released in 2011 by Def Jam Recordings.

Recorded in various recording studios in Philadelphia and New York City. The production work would be handled primarily by Questlove, the band's record producer and drummer. Musically, undun further develops upon the indie rock and neo soul stylings of its predecessor, How I Got Over, having major influence from indie artists such as Sufjan Stevens (whom of which, they would collaborate with on the record). Lyrically and thematically, it was a concept album following the short, tragic life of Redford Stevens. A fictional character whose life is documented on the record in a reverse chronological order to showcase the life of Afro-American man descending into a life of crime due to the circumstances surrounding his upbringing.

The album would receive modest commercial success, but great critical acclaim, with the record being considered one of the band's greatest records, with it being praised for its dense subject matter, diverse influences and thematic cohesiveness.