Music / Everything but the Girl 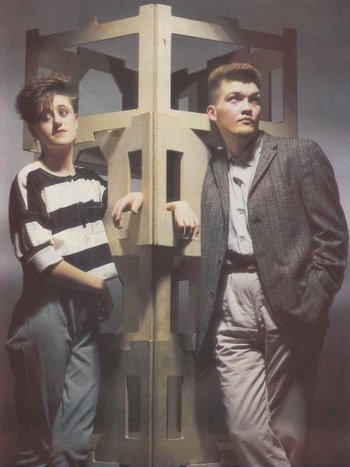 "And I miss you like the deserts miss the rain."note From left to right: Tracey Thorn and Ben Watt
Everything but the Girl is an English pop music duo comprised of singer Tracey Thorn and multi-instrumentalist Ben Watt. They joined forces in 1982 in Hull, England and spent the next decade making sad, sad songs with melancholy vocals and sophisticated pop beats to little acclaim. In 1995, a Todd Terry remix of "Missing" catapulted them to number two on the Hot 100 and spent over a year on the charts. This was their only real chart success, and the duo went on hiatus in 2000 after 11 albums. Today, the two are married, Ben owns a label, and Tracey still sings.