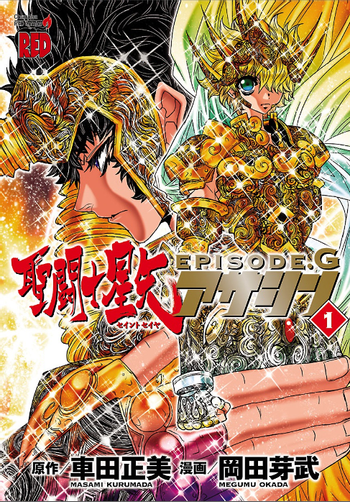 The story is set in the present. By uncertain means, two Gold Saints just pop in Japan from The '80s. The first is Shura, Capricornus Gold Saint, apparently following Athena's secret orders. The other one is Aiolia, Leo Gold Saint, who believes Shura to be a traitor for acting without the Sanctuary's formal authorization, but yet lets him go as long as he doesn't turn bad. They are quickly confronted by the group of the Faceless, dangerous Cosmo-using humans, and the Gladiators, swordsmen whose existence follows only one purpose: fighting each other to win a grand prize. Shura is unwillingly considered part of their little tournament as he possesses Excalibur.