Manga / Even a Monkey Can Draw Manga 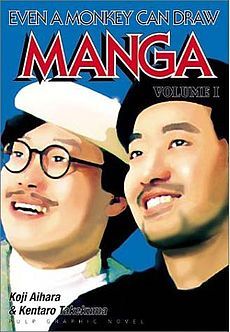 Even a Monkey Can Draw Manga is a satirical How-To series in manga format by Koji Aihara and Kentaro Takekuma, originally published in the seinen magazine Big Comic Spirits in 1986 - 1988. Two of the three volumes have been translated by Viz.