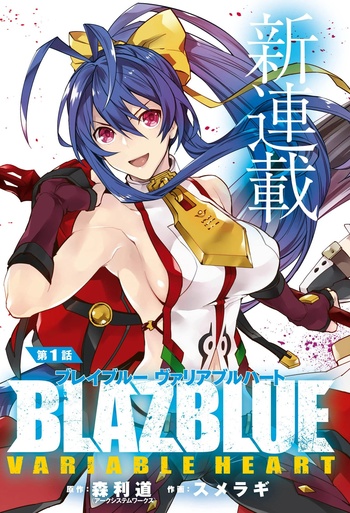 Blazblue: Variable Heart is the sequel of the BlazBlue: Remix Heart manga and takes taking place immediately after the Second War of Ars Magusnote thus also making it a sequel to the Light Novel Blazblue Spiral Shift - Hyoujin no Eiyuu, i.e. two and a half years before the Blazblue games. It is drawn by Sumeragi, who also illustrated Remix Heart, and authored by the producer of BlazBlue, Toshimichi Mori. The story centers around Mai Natsume, who is being hunted by the Wings of Justice because its head wants to make use of Mai's grimoire body. The series is currently being serialized in a digital only magazine.

For characters introduced or appearing in this series, see here.