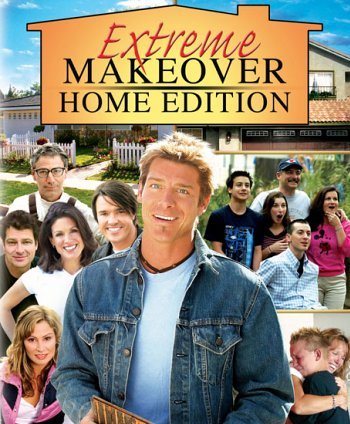 A genre composed of several different varieties of show revolving around buying, remodeling or rebuilding homes, and/or the yards around them. The genre is so popular that a fair amount of the Discovery Channel can be found dedicated to it, and at least two cable networks (HGTV and DIY) specialize in it. It's also a staple of PBS in the United States.

Some are straightforward "Do It Yourself" guides and instruction. A few are akin to game shows. Others are simply off the wall, and of course a subversion or two have popped up. In all cases, the appeal revolves around a voyeuristic appreciation of the improvements, playing on the viewer's desire to have or make those improvements to his or her own home.

Expect many, many of these shows to feature Every Episode Ending with The Reveal, followed by a Big "OMG!"