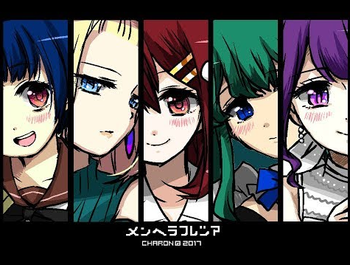 In the game, Itarou meets five girls: Matsuri Jasmine, Mihomi Hydrangea, Ayume Daffodil, Moeko Ivy, and Nenene Anemone, and attempts to start a relationship with one of them. However, as the days pass, he will learn that his chosen girl is not what she seems...

Another spinoff game was released in September 2019 titled Nenene Noble, focusing on Nenene’s past instead.

Starting in August 2019, an episodic sequel, Dice Psycho, was released in Japanese. All six episodes have been completed as of December 2019.