Literature / What If... (Gamebooks) 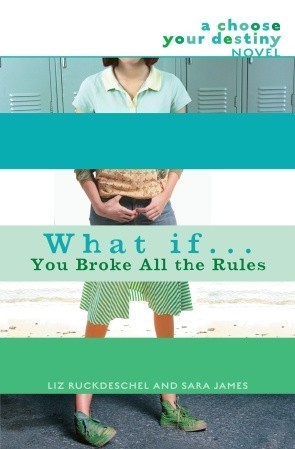 The What If... series is a series of Young Adult Gamebooks by Liz Ruckdeschel. In the first one, fifteen-year-old Haley Miller moves from California to New England and is installed in her first public high school at the start of sophomore year, and the reader is asked to make her choices.

The form of gamebook is fairly simple. There will be a chapter after each choice, in which Haley's story changes due to the repercussions of the previous choice, and the chapter will end with either a choice, a proper ending, or, if the reader has made a particularly bad choice, the storyline will reach a dead end, and the reader is told to start over. Each story begins in such a way that it loosely connects to the previous story.

You may be looking for a trope called What If?, or another work by the same name.

The book series currently consists of:

What If... provides examples of: