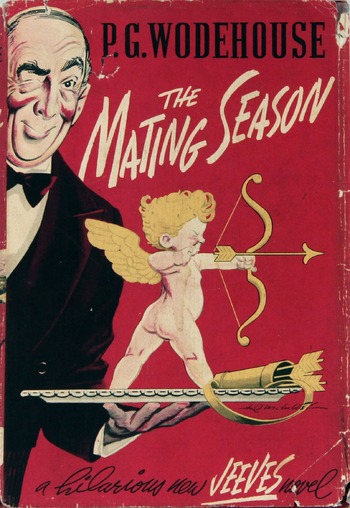 It is a Jeeves and Wooster story. The plot kicks off with Bertie, as usual, being browbeaten into doing something inconvenient by one of his aunts. Aunt Agatha dispatches Bertie off to Deverill Hall in Hampshire, home of the Haddock family, with an order to perform in the village concert. His old friend Gussie Fink-Nottle (prominently featured in Right Ho, Jeeves) is to go with him. Gussie is on the outs with his fiancee, Madeline Bassett. This makes Bertie nervous because the last time Gussie and Madeline split up, Madeline latched on to Bertie, and above all Bertie does not want to get married.

Bertie's trip to Deverill Hall attracts the interest of another of his chums, Catsmeat Potter-Pirbright. Catsmeat is in love with Gertrude Winkworth, cousin to the owner of Deverill Hall, Esmond Haddock. Catsmeat can't go to Deverill Hall because Gertrude's family—her mother and four aunts, the Deverill sisters—strongly disapproves of him. However, he is concerned that Esmond, a notorous womanizer, may try and seduce his cousin Gertrude (yes, his first cousin). He charges Bertie with keeping an eye out on Gertrude and making sure that Esmond doesn't put the moves on her. It so happens that Catsmeat's sister, Corky, is herself in love with Esmond, but refuses to marry him because the family also disapproves of her—Catsmeat and Corky are both actors.

Meanwhile, Gussie the goofball gets himself sentenced to 14 days in jail for jumping into the fountain in Trafalgar Square. Bertie is terrified at the prospect that Madeline may hear about Gussie not showing up at Deverill Hall, and break up with Gussie for good—and thus latch back on to Bertie. So lacking any better options, Bertie resolves to impersonate Gussie Fink-Nottle at Deverill Hall.

Not to be confused with the 1951 Screwball Comedy film directed by Mitchell Leisen and starring Gene Tierney.