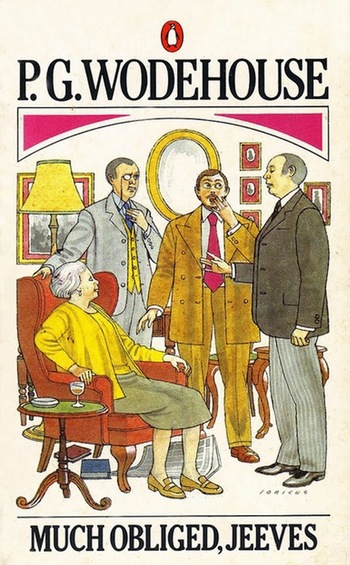 It is a Jeeves and Wooster story. Bertie Wooster is summoned by his Aunt Dahlia to Brinkley Court to assist Bertie's old friend, Harold "Ginger" Winship. Ginger is running in a by-election for Parliament and Dahlia wants Bertie to canvass for Ginger. Bertie is happy to do it for a second reason: Ginger is engaged to Bertie's old girlfriend Florence Craye, and if Ginger loses the election Florence will dump him, and if Florence dumps Ginger she'll probably latch on to Bertie, which Bertie wants to avoid at all costs.

A second plot thread involves one L.P. Runkle, a financier who is visiting Brinkley Court. It seems that at some point in the past Runkle employed Tuppy Glossop's father. Glossop the Elder made an invention that Runkle claimed the patent for. The elder Glossop is long dead but Tuppy Glossop is hoping to marry Aunt Dahlia's daughter Angela, and so Dahlia is trying to convince Runkle to part with some of his royalties.