Literature / The Guardians of Time Trilogy 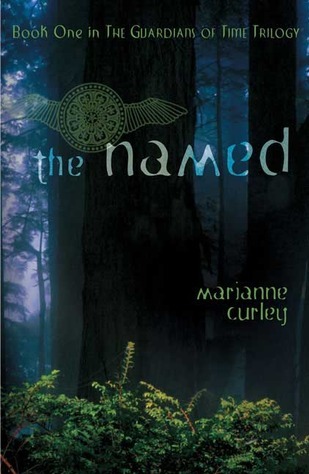 What could go wrong?
The Guardians of Time is a trilogy by Marianne Curley about a group of Differently Powered Individuals who are identified and trained to be members of The Guard from a very young age to fight the Order Of Chaos.
Advertisement:

Remember the Golden Age of yore, a few years back with a utopian society and magitek? Right, you don't, because it didn't exist now. The Order is run by Lathenia, an immortal Goddess who tries to create chaos in the world by sending members of the Order back in time to Make Wrong What Once Went Right. She ultimately aims to kill her brother Lorian, another immortal who is in charge of the Guard.

The books focus on the adventures of a small group of teenagers who live in Angel Falls, which just happens to be right above the ancient city of Veridian and the location and subject of an ancient prophecy. This prophecy details roles for The Named in a battle for creation that is just around the corner. The Named are unidentified and the overarching plot consists of finding the nine chosen people, working out who does what and kicking chaotic ass.The trilogy consists of ''The Named'', ''The Dark'' and ''The Key''.