Literature / The Curse Of The Cave Creatures 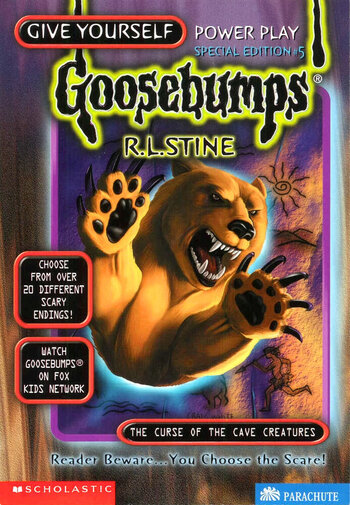 The Give Yourself Goosebumps book where you upset a Cave Spirit.
Advertisement:

"You" are exploring the Arizona desert when you find a cave. Unfortunately, it's occupied by a spirit, and you've upset them. Now you must follow one of two paths in order to defeat the Cave Spirit in a fair fight.