Literature / One Night In Payne House 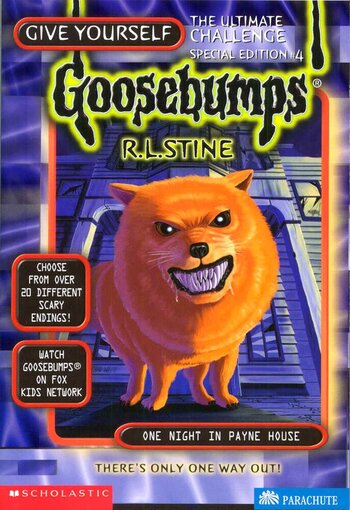 The Give Yourself Goosebumps book where you enter a local haunted house.
Advertisement:

Payne House is the town's most haunted house, and also the setting of "your" favorite horror movie. And it's where you and a friend have been dared to spend the Halloween night. But there's only one way to survive it, and that's to make the right choices.