Literature / Letters Back to Ancient China 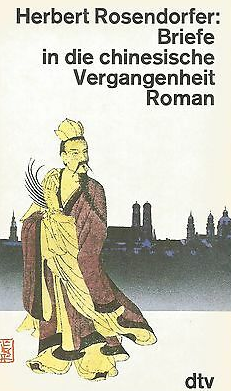 Letters Back to Ancient China / Briefe in die chinesische Vergangenheit is a German book about the adventures of the time-travelling medieval Chinese mandarin Kao-tai. Having arrived not only 1000 years to the future, but also at the wrong place (Munich, Bavaria) he struggles a lot to understand our world. (For kids: Well, without wide-spread internet, cell phones and such.) The novel is written as an epistolary novel; we only see Kao-tai's letters.
Advertisement:

Early in the story, Kao-tai renders German in Chinese syllables - Mark becomes Ma'l'ch. Later, he translates the words to a poetic style - like when he wonders why a famous author is only called "the man" ("Mann" in German).

A Sequel came out in 1999, and features a lot about the German reunification.