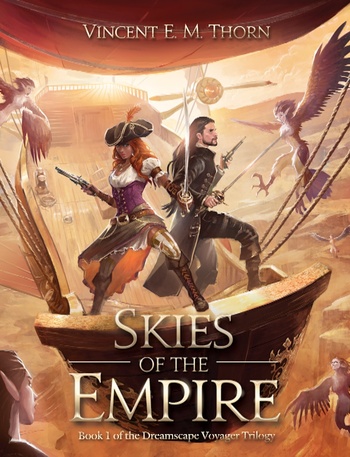 The Dreamscape Voyager Trilogy is a series of fantasy novels set in a steampunk environment written by Vincent E. M. Thorn. The first book, Skies of the Empire, was released in May 2019. Skies follows the adventures of Cassidy Durant, an airship pilot who forms an illicit partnership with a Fae creature, and Zayne Balthine, a mercenary on a Suicide Mission.

The Trilogy consists of:

Skies of the Empire provides examples of: