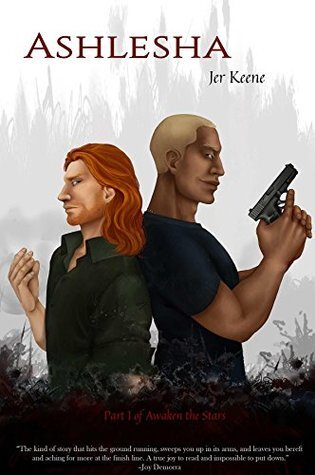 Awaken the Stars is a series of Action/Science Fiction books by Jer Keene.

Rex Tjin left the military after losing one of his siblings to the war, and since then he's been trying to figure out what to do with his life. Meeting Euan Ambrus might be the beginning of an answer, because they just fit together. Unfortunately, it also brings Rex and his family into an unexpected conflict with an organization within the federal governement. At least the whole family is used to weird and is far from without ressources...

Awaken the Stars provides examples of: