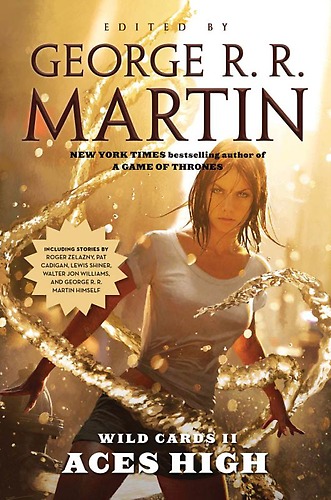 Aces High is the second volume in the Wild Cards shared universe fiction series edited by George R. R. Martin. It was published in 1987 and dealt with two main plots that linked the stories in the volume: the arrival of the alien Swarm and a Masonic conspiracy led by a bookish villain named the Astronomer. In the end, these two storylines connect.

The title Aces High comes from the name of a popular and ritzy restaurant of the same name that caters to a clientele consisting solely of Aces — those victims of the Wild Card virus who gain "superpowers" as a result of their exposure — and features in several of the stories, along with its proprietor Hiram Worchester (aka Fatman).