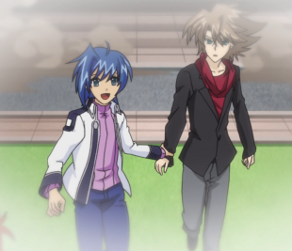 "Next time, will you show me the way?"
With the way the shipping is shown in this series, you wonder if there are any straight couples on this show at all.

Examples between Kai and Aichi:

Examples between other characters: