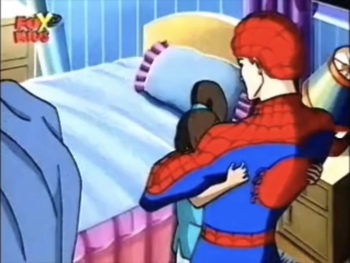 ”Wow! You’re Peter Parker! I’ll keep your secret for the rest of my life!”
Spoilers Off applies to all Heartwarming pages, so all spoilers are unmarked. You Have Been Warned!